Just right after we arrived at downtown Davao from Eden, it was past noon and we haven’t took our lunch. we already started to prep for our next adventure – to the sea. We had our grocery and headed to Sta.Ana Wharf catching up the last boat trip going to Talicud Island. We brought with us the fish we caught at the fishing village, marinated pork and chicken, and some goodies to snack in.

We left the city around quarter to 4 and arrived at the resort around 5:30 when the sun was about to set. We paid for entrance fees, tent payments, and cooked our dinner. What’s for dinner? 🙂 Our tilapia from Eden which we caught at the fishing village. 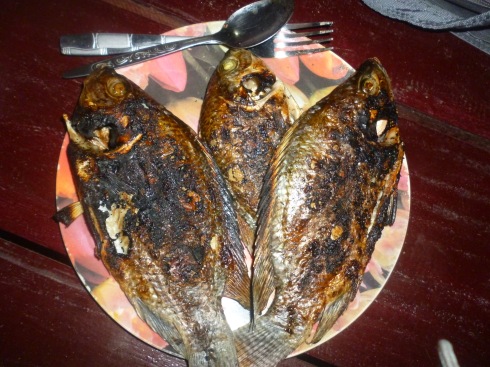 After the dinner, we had a some random talks with a drink to share. Since we were tired for the day, we slept early at the tent around 10pm. I told Franz to wake up early to catch the sunrise. 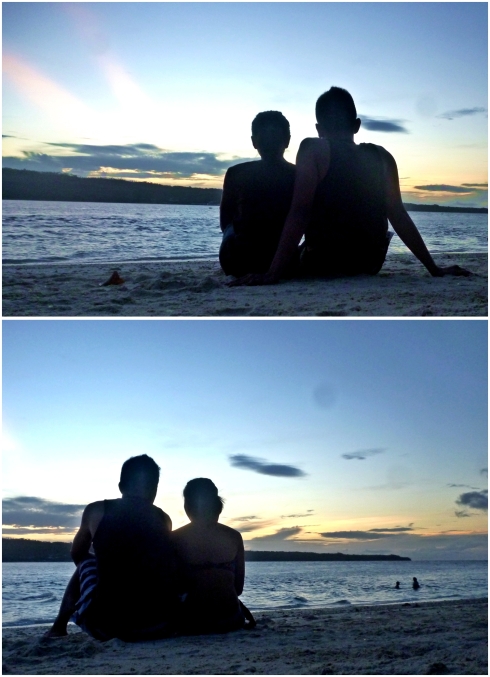 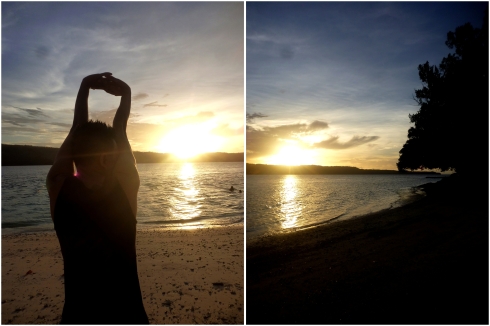 After taking so many shoots, we had our breakfast by the beach. We shared our favorite French bagel with spicy sardines and hot chocolate drink. After eating, we fixed all our stuff, transferred our tent to a shady part under the tree and we took several photos again which burned my skin. 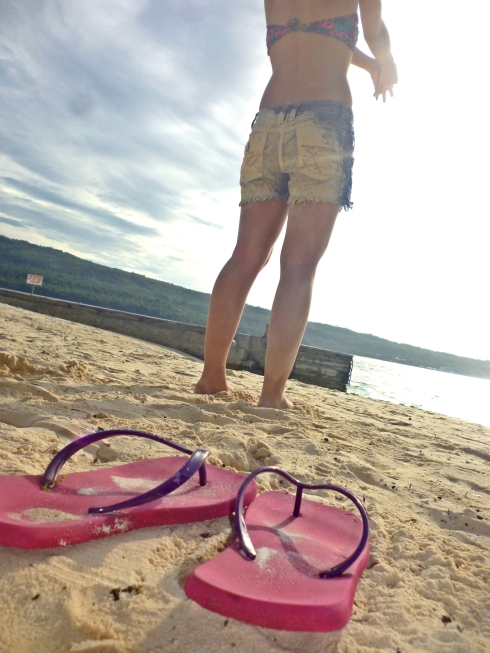 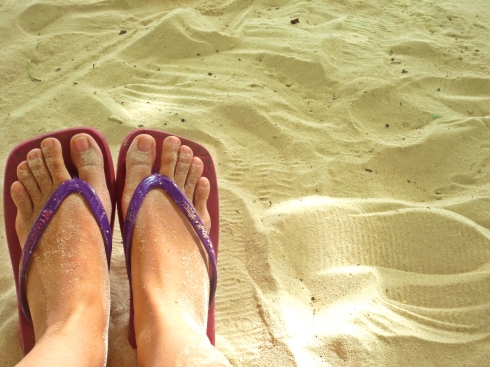 Before lunch, we grilled our marinated pork and chicken. Thanked God for good people who always have something to share. It was a big family celebrating golden anniversary of the roots. 🙂 We took our lunch, rested and played along the beach. 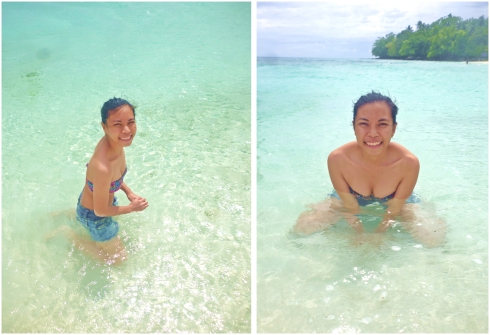 After having our lunch, we already packed waiting for the last boat trip to take us to the city. we filled with so much excitement because we’ll be watching a movie and a late night out to lure with cityscape. Before that, we took some relevant photos. 🙂

Before the clock ticks to 3:00pm, the rain never stopped pouring. Unexpected news came to us, storm signal no. 1 because of Typhoon Zoraida was raised to Samal Island making coast guard to instruct everyone not to take boat rides or any boats, ferries, barge to sail because of heavy rain and strong wind currents. We were advised to stay put wherever we are until the storm signal is removed.

It wasn’t a clear island after all. Both of us decided to stay while other guests decided to leave even late at night. But then, even before they leave the resort, they came back because there’s nothing that is waiting for them when they cross going to Samal Island. All of this extended our stay for a night hoping for a brighter day the next day. Thanks to Mr. Reta, grandson of the owner of the land of Francisco Bangoy International Airport and Davao Sea Port for giving us free stay at the resort.

The next day, it was still raining. But everyone was praying so hard so a clear sky and calm waters. Around 8am, God answered our prayers.

We are know ready to leave the resort with a deep relief from being stranded. Instead of a Talicud to Davao trip, we took 2 rides. Talicud  – Samal via Boat, Kaputian – Magsaysay via bus for about 1 hour and 30 minutes ride. It may be much more expensive but regardless of the cost, at least we are safe home. We arrived Davao City around 11:30 a.m.

Thank you God for extra-ordinary experience in Isla Reta.